2 brothers and a sister

This morning, quite early (well, it felt early) Charlie came bounding into our room. After I shooshed him to be quiet, he proceeded to explain the following to me in a rather loud whisper:

"Mom, Pete climbed out of his crib all by himself." (Pete doesn't normally do this. He usually yells "Mooooooooom" or "Daaaaaaad" until we get in there.)

Charlie continued, "And he went downstairs."

Me, "Oh ya, what is he doing?" I was expecting the normal response of "he's on the counter getting into the treats".

But instead he said, "I think he's growing up."

Charlie is right. Pete is growing up. After holding little Rosie, Pete is a giant! He is talking more and more, he's wanting to sit on the potty, he gets himself dressed, he helps himself to the fridge. And he LOVES his baby sister. 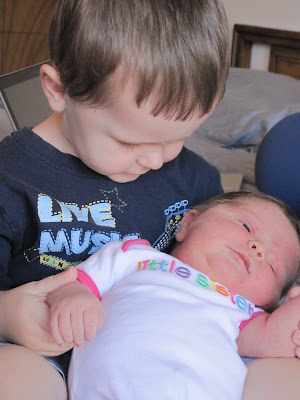 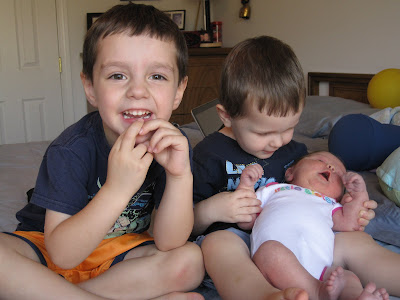 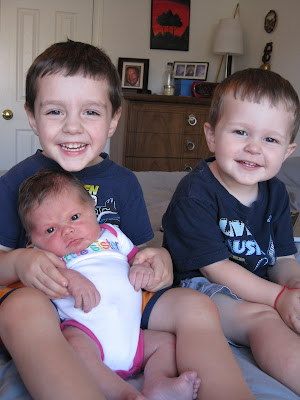 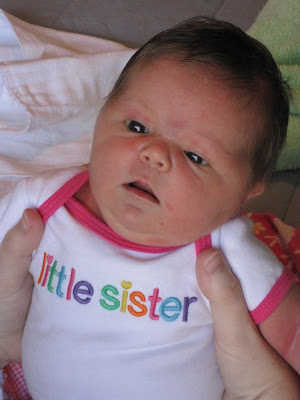 Your family is so so cute!

Congrats Shelly!! I'm so excited for you and your family!!

Yeah! I'm so happy for you Shelly. I wish I could see you in person and give you a big hug. She is a doll.

By the way, I'll be living in UT come July. Whenever you visit, look me up.

so, so cute! it's amazing how these little guys just seem to grow up overnight! we need to be healthy for a few days so we can come see rosie!!!

Those boys are so cute holding Rosalie. You have such a cool looking family.