Welp, we got sucked in. We are officially tourists. We paid the price but it was worth it. The "Theater of the Sea" (deep, booming voice, echo echo echo) had all sorts of fun things to see! 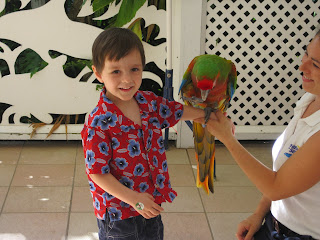 A parrot show! Turns out a parrot's IQ is about that of a 2-4 year-old toddler, both of which I have. They were pretty darn smart. 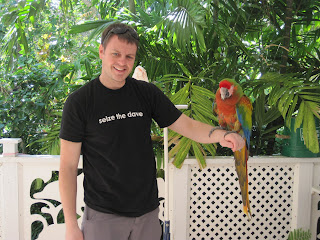 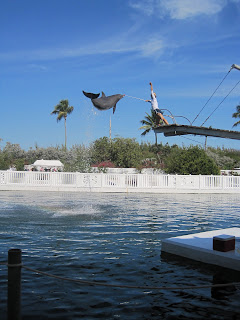 The dolphin show was probably the highlight. This one jumped 20 feet in the air! 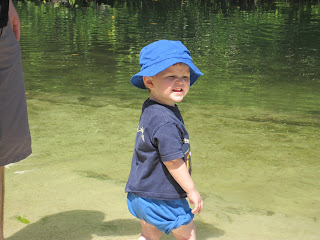 We took some time to dip our toes. 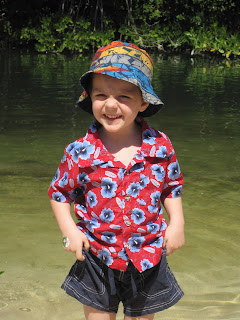 Charlie is definitely looking the part of a tourist. 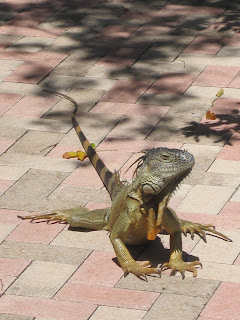 This was an interesting place because besides all the show animals there were lots of abandoned ones that roamed the area free. Including lots of cats and these giant Iguanas!! 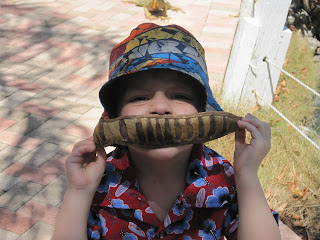 Even these strange mouthed children were everywhere and didn't seem to leave us alone!! (You can see the Iguana in the background above Charlie's head.)

On a nature walk, we met some ladies from Idaho. We talked for a bit. 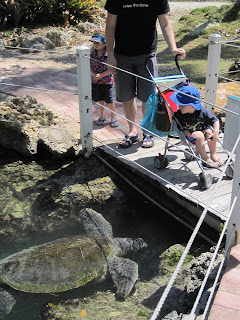 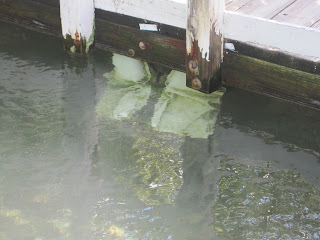 This sea turtle was disturbed before it hatched and it was born with a defect of a "bubble butt" that caused a buoyancy problem. So someone designed a life jacket for him and cleverly named him Quasimodo. 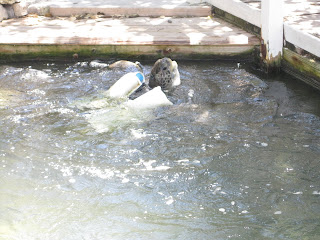 Here he is coming up for some air. 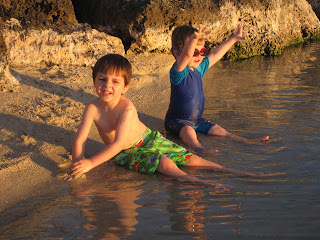 We finished the day with a sunset swim on the beach. Dave's co-worker, who is down here with us but staying at a different hotel, went ahead and bought all the gear for snorkeling. Dave got to try it out here.

Sunday we got up early and drove 1 hour south to Marathon to go to church at a little tiny branch. There were about 20-25 people there, half of which were visitors. Among those were the ladies from Idaho we met at the Theater of the Sea!

After church we continued our drive for another hour south down to Key West. Key West was an interesting place. Lots of bicycles, scooters, electric cars, trolley rides, etc., anything to cut down on the number of cars on the narrow, crowded roads. We saw people living out their dream, lounging in hammocks, no shoes, eating only coconuts.

We followed US 1 to the very end. 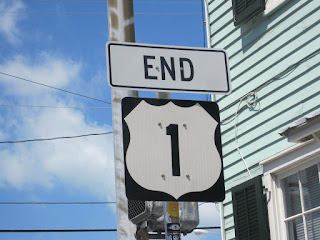 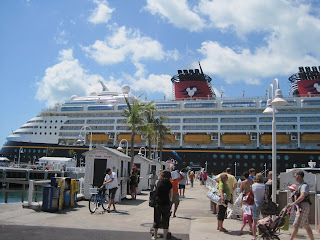 We caught a glimpse of the incredibly huge Disney Cruise ship that was docked. 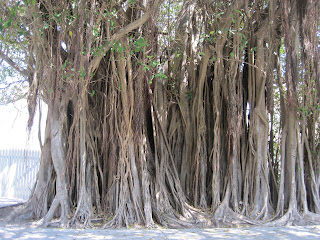 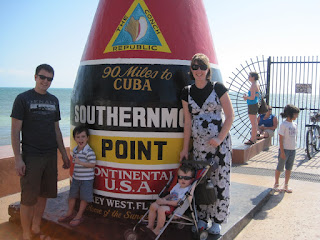 Strange to think we were closer to Cuba than to our hotel! Charlie kept asking how far we were going to drive and then walk. We just told him that we HAD to get to the very southern tip of the country. Ironically, Dave was sporting his Denali t-shirt from his trip to Alaska last summer, near the northern most part of our country.

And what do ya know, but we bumped into those same ladies from Idaho again!!
Posted by Shelly at 6:39 PM

You guys are having so much fun you won't want to come home.

Have I ever told you about the time an iguana jumped on my head? Needless to say, that picture gives me the heebie-jeebies.

Pesky Idahoans...are you sure they weren't spies? This looks like so much incredible fun!!! Is that Disney cruise ship in Miami? By the Hard Rock Cafe? That's exactly where our yacht was docked. This looks familiar!! What did the parrots say??? Did they know any Primary songs???

Looks like you are having fun. We love the keys. Looking at these pics gets me excited to go this summer. Enjoy going with your husband on work trips. I can't do that anymore:( School as taken over.

Oh that all sounds heavenly! Shelly, shoot girl you look SO cute in those dresses! When are you due again? Oh and Charlie and Pete look SO SO SO grown up. Wow. We miss you guys!