When Shelly and I had barely started dating I decided to share with her some important information, you know, to make sure she knew what she was getting into. See, I had never kept a girlfriend over the summer on account of the attention I gave my other mistress the mountains, or at least this was what I figured. It could have been that I get a little more irritable in the heat (do know it can get all the way to the high 80’s in Montana?), don’t look good in a bathing suit, or was just plain lazy. At any rate, as we strolled down the sidewalk on that beautiful early autumn evening I confidently pronounced “It’s important for you to know that Donavan and I are going to climb Mt. McKinley one day.”

This took me back a little, after all this was akin to announcing that I was going to cure cancer by doing experimental treatments on the 11 children that she would produce for me. In other words, I expected more of a response.

“I just want to make sure you know.”

“I don’t see how that has anything to do with me.”

Well, my dear, now you know how it has something to do with you, and so does everyone else who follows this blog. Lets not compare the posts that I will make with Shelly’s, but it might make a good compare/contrast assignment for anyone who happens to teach 7th grade English.

A lot has happened in the six years since we had that conversation, most importantly Shelly realized the role the mountains play in my life and promptly moved me to Minnesota. After discovering that I could still mess things up there, we came to Maryland. I bet she thought she was safe. Another item of note is that Donavan and I have gotten older, and by conventional wisdom, wiser. We realized the time, money, and training required to climb Mt. McKinley was greater than we could afford given our family man lifestyle (certainly nothing to do with Donavan's paralyzing fear of heights, an unusual trait for a mountaineer). But maybe we could just see Mt. McKinley and climb one of the towering peaks that are sure to surround such a behemoth of a mountain. So I guess Shelly can be grateful for our revised life goals.

This blog has never been heavy on the expository side, more in the pictures of cute kids genre. But Shelly told me I could use the blog to chronicle my adventure in Alaska, and I have been feeling the bug to write lately. I fancy myself as someone who likes to write, but don’t get around to it very often. Well, I touch an etch-a-sketch only once every other year, and plenty of people think I do fine at that. Why should writing be any different? 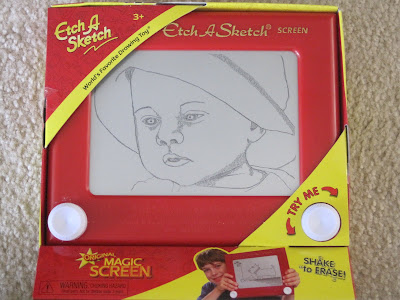 For those who are not into lengthy readings, feel free to scroll through and enjoy the pictures; I won’t be offended. For the rest of you, I hope you enjoy my ramblings. I will break things up to hopefully make the posts not so long. Here’s a teaser picture to get you interested. 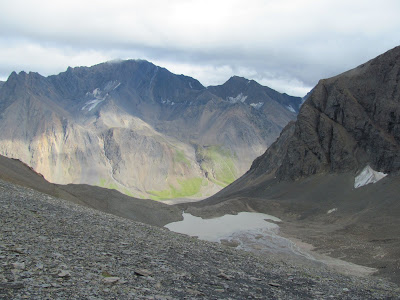 That's it????? I was all hunkered down!! Don't let months pass by like some other blogger I know who shall remain nameless. You know I'll read every word!

I feel I have been misrepresented. At any rate, MORE!!!

Yes, Dave. I hope the further details will include the decision that you have come as close to Mt. McKinley as you ever will!! Once you made it home safe, I was relieved. You're still my "boy", but more importantly, you're a husband and father. I'm going to secretly plot with Shelly to encourage more reasonable mountain jaunts. I have trouble supporting stuff too risky.Love ya' Mom

More Dave. I will live vicariously through you.

I've been waiting for this for some time.