I woke up early this morning (2:32 am) with thoughts of my first born. He was actually born at 2:03 am, but I tell you what...life has never been the same since this little boy breathed his first breath. It has been quite the ride so far and I am so glad I got on this ride.


Charlie has been planning this Buzz Lightyear birthday pretty much since his last birthday. It has been fun because he kind of "gets" the whole birthday thing now. Hard part is that he can ask for a certain toy and then just assume that because he asked for it, he is going to get it. I understand now why parents what to give and DO give their children what they want. And how easy it is to get carried away....they don't want to see what will happen if they don't! 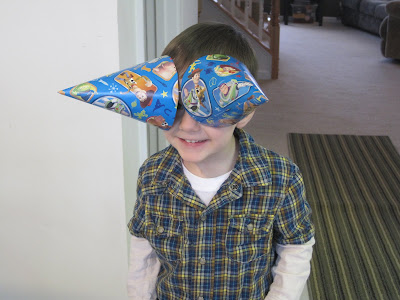 He requested Buzz Lightyear party hats, which I couldn't find anywhere (Walmart or Target). So I took some SpongeBob ones we used for Dave a couple of years ago and covered them with some really expensive Toy Story wrapping paper. You would never know the difference. 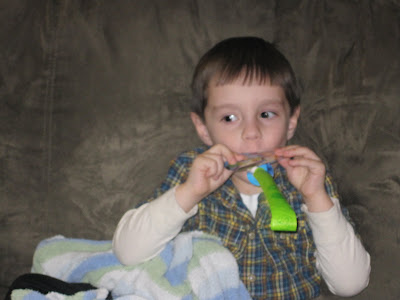 Partyin' out, while watching Toy Story 1 during nap/quiet time. 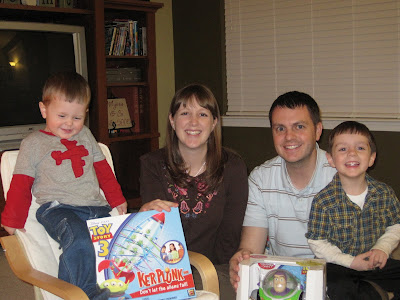 The whole fam in a great cheez pic. 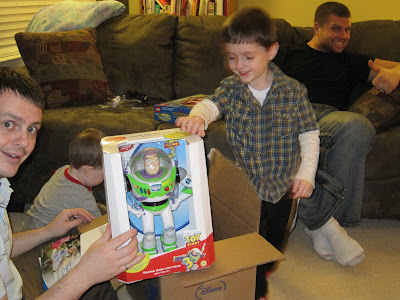 The beloved Buzz with "wings that pop out"...the single requested item. Grammy pulled through for us on this one and Charlie was possibly the most excited I've ever seen him in his whole life of 4 years. 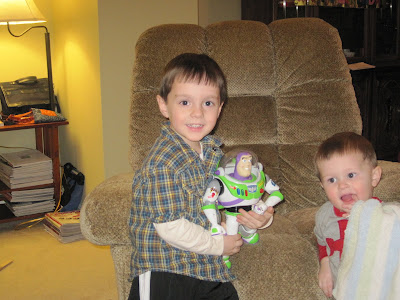 Good thing Pete has a birthday in a few weeks. He kind of had a hard time with all the attention going to Charlie. 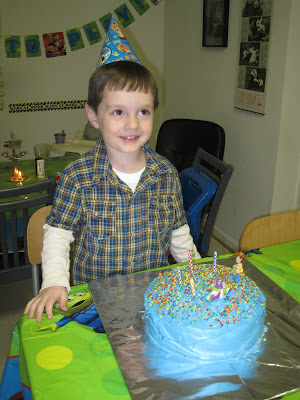 And, I'm pretty sure there aren't enough of these "birthday song" videos out there. I had to add another one to the mix. He just looks so happy to be sung to. And because we are so far away from family, we have to keep you all updated. :o)

It became very clear that Charlie had some very specific ideas about what "turning 4" would hold in store for him. This morning, he said, as he has been saying for the last few weeks,

"Mom, when I'm four...." followed by any number of things that are going to happen when he turns four.

Charlie (in a quite thoughtful voice): "Right now?"

Charlie: "Oh. (long pause as he catches up with himself) I feel the same.

Going to bed tonight he said: "But Mom, I'm four and I'm still sleeping in the same bed!"

I guess he thought something would feel different. I think we all kind of anticipate some sort of "different feeling" when we officially turn another year older. It is a real thing. But really we are only one minute older then we were a minute ago. Turns out it is kind of a let down. But over time, we actually do get older and feel different, it just isn't a sudden event. How do you explain this to a 4-year-old??

HAPPY BIRTHDAY CHARLIE!!!!! He looks like he had a wonderful day! Wish we could have celebrated with him.

Happy birthday to Charlie! Looks like a lovely birthday party. He may not feel any different, but he definitely has that "four" appearance to me!

Now he'll start the countdown to five! Happy Birthday, Charlie! You're starting to grow mold you're so old!!!

Happy Birthday Charlie! It looks like he had a great day. They sure grow up fast don't they?

awww I can't believe he is 4!!! And you rock for thinking of using wrapping paper for getting the hats he wanted! I am totally going to remember that one!! :)