Sitting with Santa. Last year Charlie was not fooled by who was dressed as Santa, but this year he was very excited to meet Santa. I failed to help him be prepared for sitting on Santa's lap, though. Santa always asks what you want for Christmas. Charlie hadn't thought of anything to ask for.
So Santa suggested, "Do you want a ball?"
Charlie said very enthusiastically, "Yea!"
Santa said, "What kind of ball? A football?"
Charlie, "Yea!!" 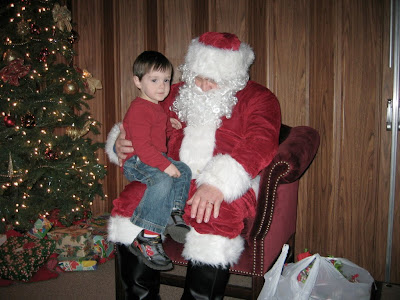 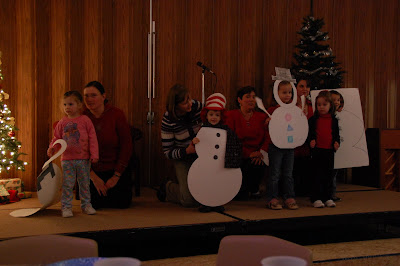 The Cat-in-the-hat hat has many uses, Grandma!

A little dark (okay, really dark but the occasional flash gives you glimpses) but you get the idea. And if you listen reeeally hard, you can hear Charlie singing. 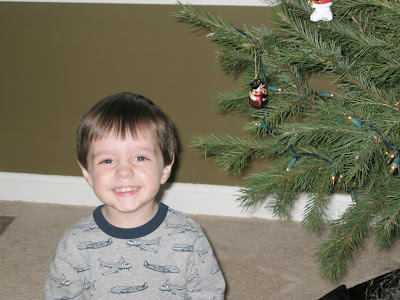 Charlie makes one great snowman! That hat really tops it all off, doesn't it?

that is just too cute!