I had the idea in the middle of the night a couple weeks ago. I think it turned out pretty good. No, these are not purchased costumes. I made the "i's" out of felt and just pieced everything else together. Dave is wearing his pajama shorts for "underwear" just pinned up. I'm wearing my thigh-high stockings. I quickly sewed Charlie's "underwear", arm and leg bands. 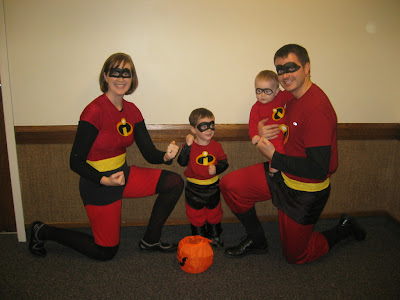 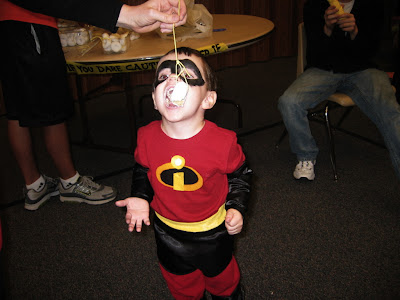 Dash eating the donut on a string. 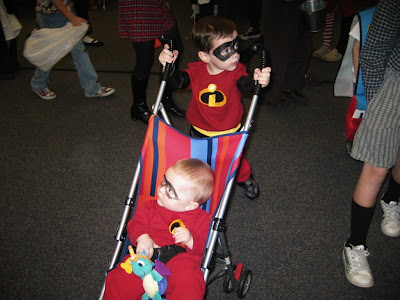 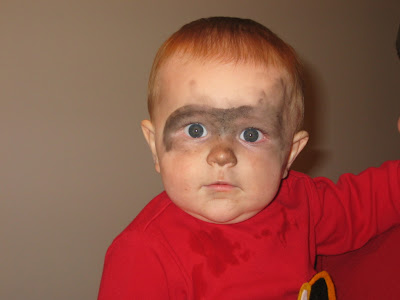 This is Jack Jack just after he burst into flames.
(rubbing his eyes all the way home) 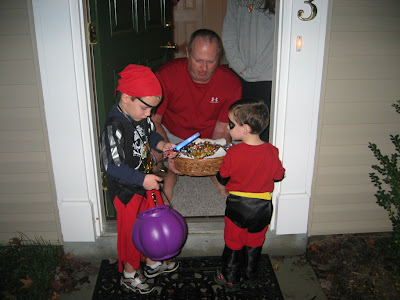 This was Charlie's first time going trick-or-treating. Last year we were in Las Vegas for my brother's wedding. Trick-or-treating was interesting in Southern Maryland. The evening air was very humid and sticky but incredibly warm. We just went around our little townhouse neighborhood. Lots of people were out sitting on their porches passing out candy. A few people had opened up their garages and decorated them all scary. It was a very friendly way to pass out candy. Kind of a block party feeling. Loved it! 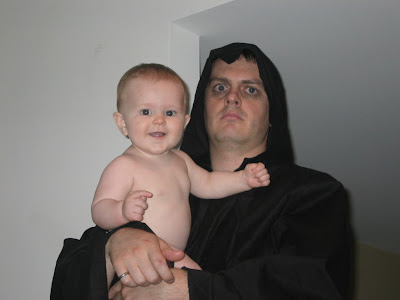 This is how we found Dave and Pete when Charlie and I came home from trick-or-treating. Apparently being along with Pete does something to ya. Just kidding. Nothing could be further from the truth. Pete is the perfect baby. 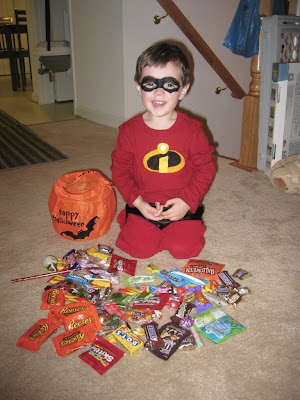 Hat's off to you, Shelly. You guys look awesome. Seriously. Awesome.

WOW! I can't believe you came up with all that...and it's super cute!

Is Charlie an Incredible's fam or does he just like the dressing up part? Swell stuff.

i like the picture of dave dressed up as dwight schrute dressed up as a sith lord. give him the glasses and he's a dead ringer. Great costumes sis. halloween's fun huh?

I would love to live in a neighborhood like that. Here noone leaves their lights on and so there is no where to trick or treat. The Bainters had fun at the trunk or treat.

Ok - you are way too skinny to have just had a baby not long ago! Love the costumes